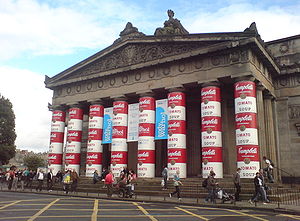 Usage difference between can & can't to express probability

—Where's my bag? Have you seen it?
—No, but it could be in the car.
—No, it can't be in the car because I had it when we bought the sodas.

could or might can be used interchangeably in the second sentence; can, however would be incorrect.

—Be careful climbing that tree. You could fall.
—Well, maybe I just won't climb it. If I don't climb it, I can't fall from it, that much is certain!