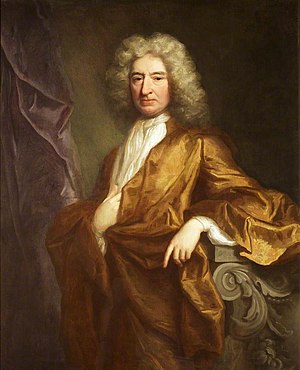 Between 07 June 2020 and 11 June 2020 the number of occurrences of the root philanthrop- had doubled from four (in the pre-protest stable version) to eight (on 11 Jun 2020). At RS/N it had been suggested that synonyms be used for Colston's charitable giving. I proposed "local benefactor" and enough people agreed that this seemed like a good idea at RS/N that I decided to see what I could do to help defuse the conflict.

On 12 June, I changed one occurrence of "philanthropist" to "benefactor" mentioning on the talk page that this was a widely used synonym in the scholarly literature on Colston. Cassianto interrupted me to add the word "philanthropist" to the first sentence, in addition to my "local benefactor" in the second.

I reverted, but unfortunately, when Twinkle loaded the focus shifted to "revert vandalism" rather than the "undo" button my mouse was hovering over. I couldn't cancel the edit or write an edit summary before it went through. Cassianto reverted telling me to "grow up" in his edit summary. I apologized in my following edit (by clicking the correct "undo" button to eliminate the redundancy they had introduced). I then walked away from the version as Cassianto left it.

Later I fixed a reference which was attributed to the wrong author and which was being used in support of a claim that it directly contradicted ([1]). This was explained clearly in the edit summary and in the quote tag. This was reverted by two people both of whom were subsequently blocked, of whom one is still blocked. The fixed reference was restored to the entry by an administrator through full protection on the basis of it being an uncontroversial edit (for which El C had blocked me from the page).

I made a total of three reverts on an article where three reverts are allowed, the final one being six hours before being coincidentally blocked by the same administrator (cf. 2005 RfA) who had previously indeffed me before being called upon to undo their block and issued an IBAN with Tryptofish.

It is too bad El C did not have the deescalating reflex to remove the block as people called upon him to do when it became obvious that I was not the origin of disruption on the page. They could have used a simple, but clear, statement in the block record like "Sashi was not the problem here." This was the path not chosen.